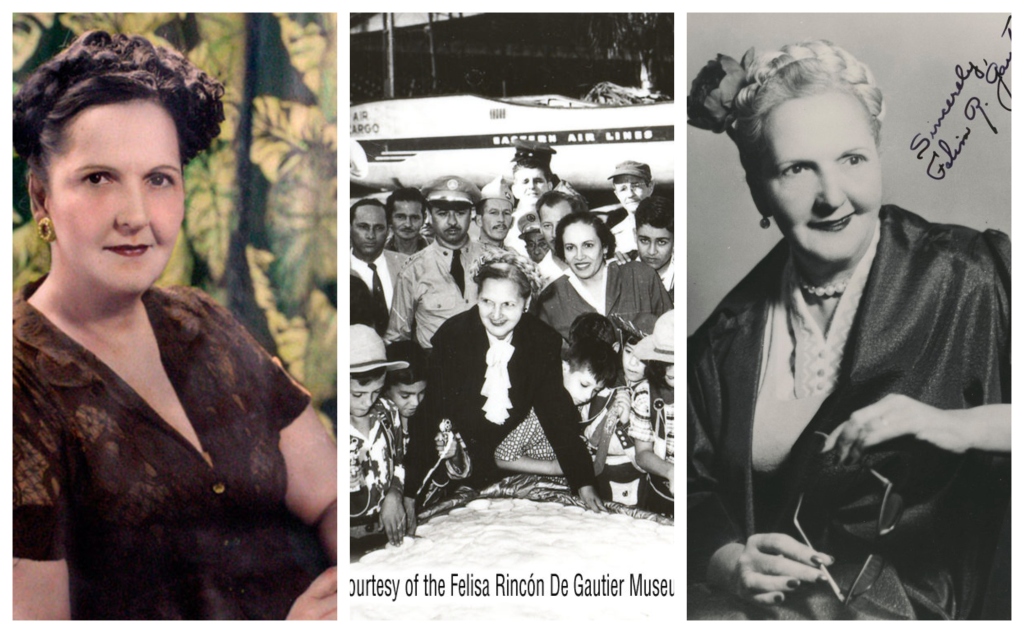 Felisa Rincon’s story could be adapted for film, her life and several careers include tales that leave us amazed and inspired. Her multifaceted and colorful chronicle was taken to the theater in the 1980s, and an array of compelling books have been penned down.

The first female mayor of San Juan, Puerto Rico, came from a big family who at a certain point were pretty well accommodated . However,  this did not necessarily mean it was an easy life.
On the contrary, the story behind the journey of this woman was what really made the  fashion designer, and celebrated politician all the more unforgettable. 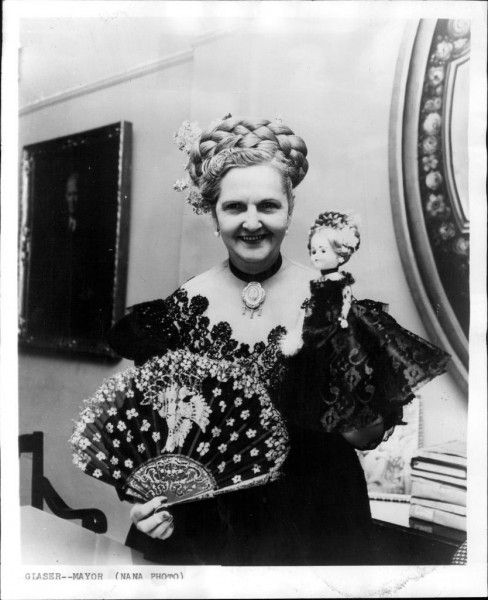 On the occasion of the reopening of the San Juan Museum, the Puerto Rican Fashion History Council (PFHC) pays tribute to the iconic figure of Doña Felisa Rincón de Gautier, one of the most influential women of the twentieth century.
The exhibition that opened its doors to the general public on October 1, emphasizing on the facet never seen before of Doña Fela, that of the Fashion Designer. 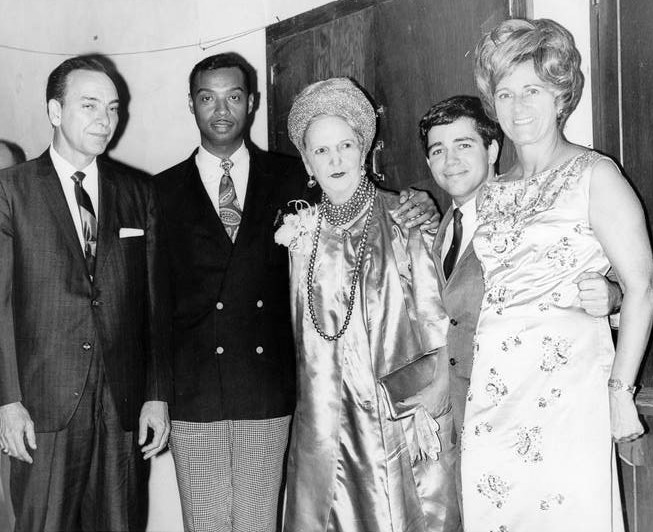 “In a historical context of Felisa, visitors will find elements of her life that describe her clothing, style, philanthropic and community work, highlighting it as an icon of fashion and art,” said Joseph Da’Ponte curator and president of the PFHC.

The public can enjoy for the first time twelve original designs, oil paintings, serigraphs, photographs, and the famous collection of fans that so characterized the look and style of this Puerto Rican hero.
Part of the tribute on display showcases gowns and red carpet ensembles done by prominent local designers such as Carlota Alfaro, David Antonio, Carlos Alberto, Edzel Giovanni, Miriam Budet, Kelvin Giovani, Sonia Rivera, Osvaldo Morales, Jose Raul,  among others, who were inspired by Doña Fela’s unique look.

Also for the first time, the first drawing by Master artist Antonio Martorell, presented to Doña Felisa at 14 years of age is on display.
BUT, WHO WAS FELISA RINCÓN?

For 22 years “Doña Fela” looked after the homeless, the elderly, and renovated the San Juan sanitary and water systems. But to many people, her most spectacular feat was bringing snow to the children of Puerto Rico.

She convinced Eddie Rickenbacker, the owner of Eastern Airlines, to send a planeload of snow to San Juan…for Puerto Rican children who had never seen it.

Rickenbacker agreed. The event was such a success, that for three years in a row, he delivered a planeload of Christmas snow. This is one of the many stories – and many accomplishments – of Doña Fela.

Felisa Rincón de Gautier was born on January 9, 1897 in Ceiba, Puerto Rico. The oldest of all siblings (Felisa, Josefina, Cecilia, Esilda, Ramón, Rafael, Enrique and Rita), she was politically influenced by her father, attorney Enrique Rincón Plumey, family of an earlier Mayor of Yabucoa.

Her mother, teacher Rita Marrero Rivera, died when she was around 11 years old. However, her father was determined to give her the best education possible. She went to school in Fajardo, Humacao and Santurce although she did not graduate from high school; in the summers she visited her uncle in San Lorenzo where she learned how to prepare medications pharmacy and became a pharmacist. Of Spanish descent; her direct paternal grandfather Francisco Rincón Martín came from Salamanca, Spain.

After her mother died, her father married Mercedes Acha, the mother of her half-brother Manuel. Felisa ran the household and raised her younger brothers and sisters. 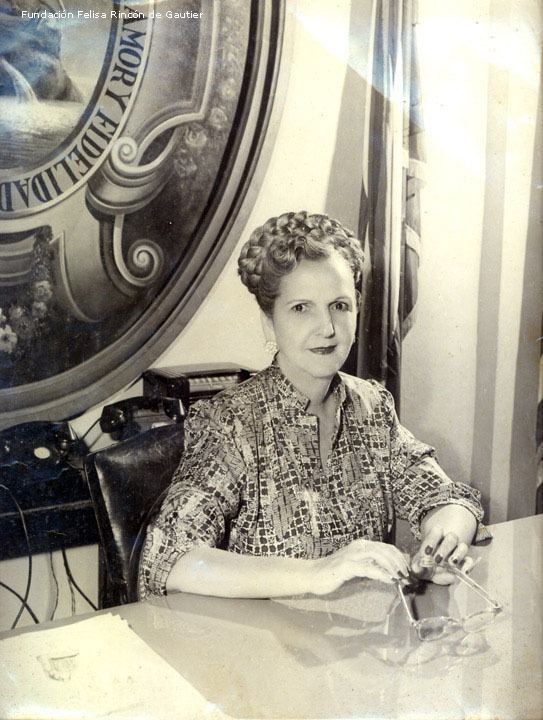 In the early 20th Century, “there was no welfare on the island; no social department to provide money or clothing or food for the poor (but) no jíbaro would let another jíbaro starve. This was the most important truth she learned. The jíbaros were a people steeped in tradition, the noblest of which was their hospitality” (Ruth Gruber, Felisa Rincon de Gautier: The Mayor of San Juan).

An expert seamstress, Felisa set herself the goal of creating employment in Puerto Rico by launching a local clothing factory. In order to master necessary skills, she worked for two years in New York City during the Great Depression, living with relatives, including her sister Josefina.

Upon her return to San Juan, she entered the wholesale/retail business and opened Felisa’s Style Shop on Calle Fortaleza in Old San Juan. She also managed a flower shop called Miles de Flores. Throughout her lifetime, she remained closely tied to the Roman Catholic Church as she directed her efforts to raising the standards of living for impoverished Puerto Ricans. Through out her life she cultivated a unique way of dressing and was dressed by many important fashion designers and seamstresses.

Rincón de Gautier was a firm believer in the women’s right to vote and was an active participant in the suffragist movement, motivating many women to register. When the law allowing women to vote was passed, Rincón de Gautier was the fifth woman to officially register. In 1932, she joined the Liberal Party of Puerto Rico, which believed in Puerto Rico’s independence, and was named representative by the party’s president Antonio R. Barceló. Motivated by the political ideas of Luis Muñoz Marín, she left the Liberal Party and in 1938 helped organize the Popular Democratic Party of Puerto Rico.

In 1940, Rincón de Gautier married the San Juan lawyer Genaro A. Gautier, who served as the Assistant Attorney General of Puerto Rico and Secretary General of the Popular Democratic Party.[1] They had no children. 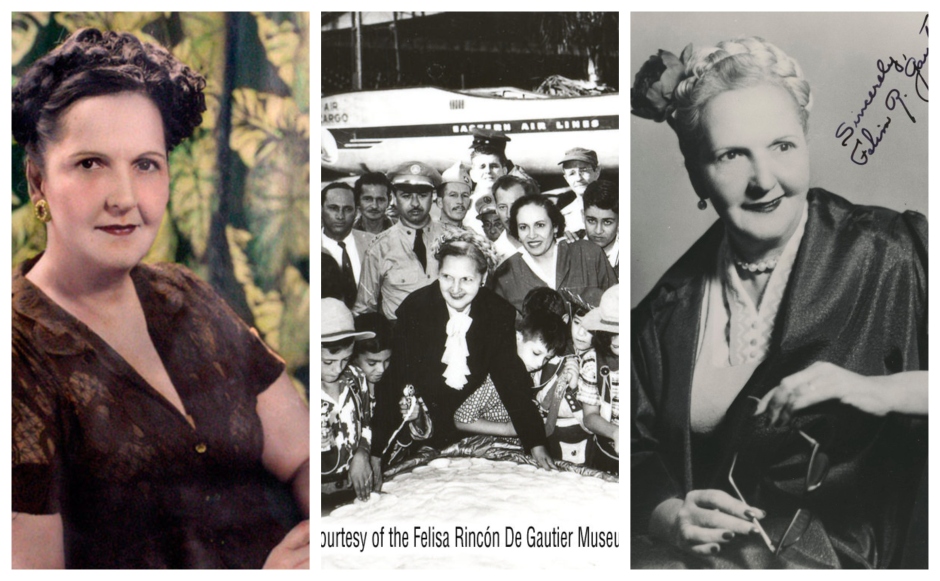 In 1946, she was elected mayor of San Juan – the first woman mayor of a capital city in the Americas. Under her leadership, San Juan was transformed into a Latin-American urban center. Rincón de Gautier designed innovative public services and established the first preschool centers called “Las Escuelas Maternales”, which would eventually become the model for the Head Start programs in the United States.[5] She also renovated the public health system and was responsible for the establishment of the School of Medicine in San Juan.

Rincón worked with Ricardo Alegría to restore and conserve the historical structures of Old San Juan and provided housing and basic services to thousands of people. In 1951, during the Cold War era, she ordered the establishment of the island’s first Civil Defense system which was under the directorship of Colonel Gilberto José Marxuach. She often opened City Hall to the public and listened to concerns of the residents of the city. In 1959, San Juan was awarded the All-American City Award.

Mrs. Rincón de Gautier started a Christmas tradition, which would be continued every year by the governors of Puerto Rico. On the Día de los Reyes (Three Kings Day), celebrated on January 6, she would bring gifts and treats to the poor and needy children. In 1952, 1953 and 1954, she had plane loads of snow delivered to San Juan so that the children who had never seen or played in snow would be able to do so.

“I want to thank Hilda E. Rodríguez, Executive Director of the Felisa Rincón de Gautier House-Museum for trusting me and giving me the opportunity to present this vast and important cultural treasure of our heritage. I also wish to thank our Architectural and Creative Director Néstor Hugo López who has recreated a master space for this exhibition, ”said Da’Ponte.
For more information and for private tours you can write to prfashionhistorycouncil@gmail.com.
Doña Fela: “Fashion icon” runs until December 31, 2019 at the San Juan Museum and its entrance is free of charge.
Museum hours are Tuesday through Saturday from 9:00 am-4:00pm.
*Information provided by several sources.